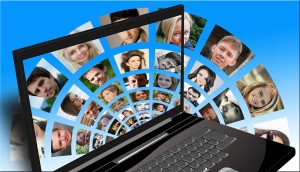 For the past decade, California businesses have struggled to figure out how to manage negative online reviews and commentary. Sometimes an outraged owner has even sought out a small business attorney to take their critics to court, claiming that their negative unjust reviews cost them business.

Consumers are fighting back.

A recently enacted bill in the California legislature, informally dubbed the “Yelp Bill,” gives consumers new protections against legal retaliation from business owners. Lawmakers took up the consumer rights cause after learning about multiple instances in which businesses forced customers to sign non-disparagement clauses in order to receive goods or services. These clauses allowed the companies to sue customers that posted negative feedback.

Other companies have been known to use underhanded tactics, like threats, bullying, and excessive charges to customer credit cards to intimidate critics into removing unflattering reviews. Some businesses have even reported unpaid “recoup” charges to credit agencies, thus damaging their customers’ credit ratings.

The wave of consumer litigation over these bad practices—informed by a raucous debate among commercial attorneys on both sides of the issue—forced the California legislature to step in. The “Yelp Bill” introduces new fines for businesses that intimidate customers or that add account charges for negative reviews. In California, non-disparagement agreements are now illegal. Additional charges can be levied if the owner’s behavior was willful or malicious.

If you believe you have been unfairly treated by a California business, speak to a contracts attorney with us today at (510) 881-8700 so we may protect your rights. Our team can help you feel empowered and back in control.