Timing of 3-Day Notice to Pay Rent or Quit was not preceded by written notice that the lease in question was reinstated and that rent was again due.

In December 2014, the Appellate Court issued an Opinion in the Santa Clara County case of Kruger v. Reyes, 14 C.D.O.S. 14116 (December 17, 2014) that illustrates the importance of adequate notice to the tenant of rent due when a terminated lease has been reinstated, particularly in cases where the tenant pays rent by directly depositing funds into the landlord’s bank account. 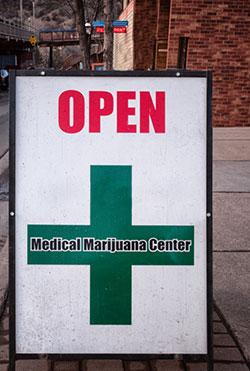 The Landlord in Kruger owns a commercial building in Santa Clara.  The Tenants operated a medical marijuana cooperative from the premises.  In March 2013, the Landlord filed the first unlawful detainer action to evict the tenant on the basis that the Tenants were using the property for an illegal purpose (“First Action”).  While the First Action was pending, the Tenant continued to pay rent as it had in the past, by directly depositing the funds in the Landlord’s bank account.

The Tenant paid rent in advance for the months of April 2013 through September 2013.  In June 2013, while the first unlawful detainer action was pending, the Landlord notified the Tenant that the lease was terminated, that rent was no longer due and that Landlord would no longer accept any rent from the Tenants.  The Landlord alleged that she returned the advanced rents to the Tenants.

The Landlord then commenced a second unlawful detainer action (“Second Action”).  Following trial, the trial court rendered judgment in favor of the Landlord and awarded her possession of the property, plus damages and attorney’s fees in the sum of $10,298.91 (“Judgment”).  The Tenants appealed the Judgment.

The Appellate Court ultimately reversed the trial court’s decision and vacated the Judgment on the ground that the Landlord failed to show that the Tenants were actually in default on the payment of rent.  The Appellate Court ultimately ruled that notwithstanding the Landlord’s return of the rent to the Tenants, the Tenants’ obligation to pay rent when due for April through September 2013 was satisfied and extinguished by actual performance pursuant to Civil Code section 1500[1] because the Tenants had previously timely deposited the rent directly into the Landlord’s bank account for the months in question.

To the extent the rent was “unpaid” in September 2013 when the Landlord served the 3-Day Notice on the Tenants, it was due solely to the Landlord having returned the funds that had been timely deposited into her bank account.  Accordingly, the Court found that before any default in the payment of rent could be found, the Landlord was required to first notify the Tenants that rent was again due and to make demand on the Tenants for the payment of rent. Because the Landlord failed to notify the Tenants after the First Action was dismissed that rent was again considered “due” and that the Landlord would now accept the rent, the Tenants were not required to again pay rent or tender rent that had already been timely deposited but returned.  The Appellate Court therefore ruled that the Tenants were not in default at the time the 3-Day Notice was served.  The Judgment was therefore reversed.

[1] California Civil Code section 1500 states: “An obligation for the payment of money is extinguished by a due offer of payment, if the amount is immediately deposited in the name of the creditor, with some bank or savings and loan association within this state, of good repute, and notice thereof is given to the creditor.”