The Failure To Pay The Promised Dividend To Unsecured Creditors Was Ruled Grounds For Dismissal Of A Chapter 13 Case, Even If The Debtor Makes All Monthly Plan Payments.

In the recent opinion issued in Schlegel v. Billingslea (In Re Schlegel), 14 C.D.O.S. 3166 (March 31, 2015), the United States Bankruptcy Appellate Panel of the Ninth Circuit addressed for the first time whether a Chapter 13 case with a confirmed plan may be dismissed for the debtors’ failure to pay the approved percentage dividend to unsecured nonpriority creditors during the applicable commitment period, even though the debtors otherwise made all monthly payments due under the confirmed plan.  END_OF_DOCUMENT_TOKEN_TO_BE_REPLACED 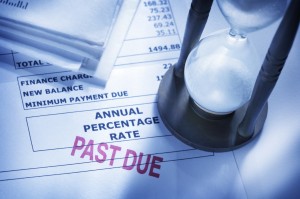 The collections process can be excruciating and sad, even for business owners who acknowledge the need to maintain operations and protect cash flow. To collect debts effectively and avoid the need for a commercial collections attorney, you need a positive, albeit realistic attitude, and you need to be able to communicate your needs and demands with urgency and firmness.